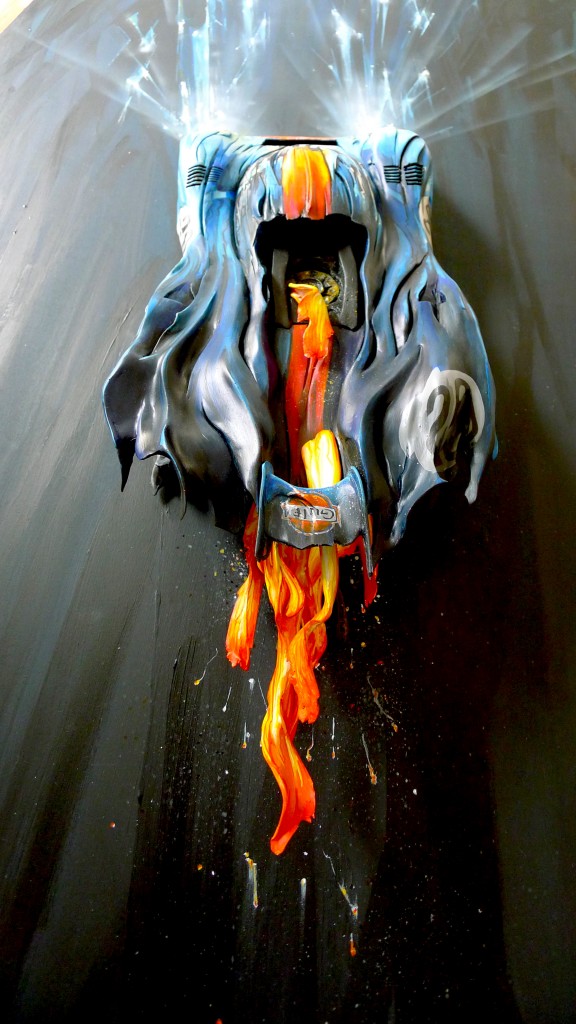 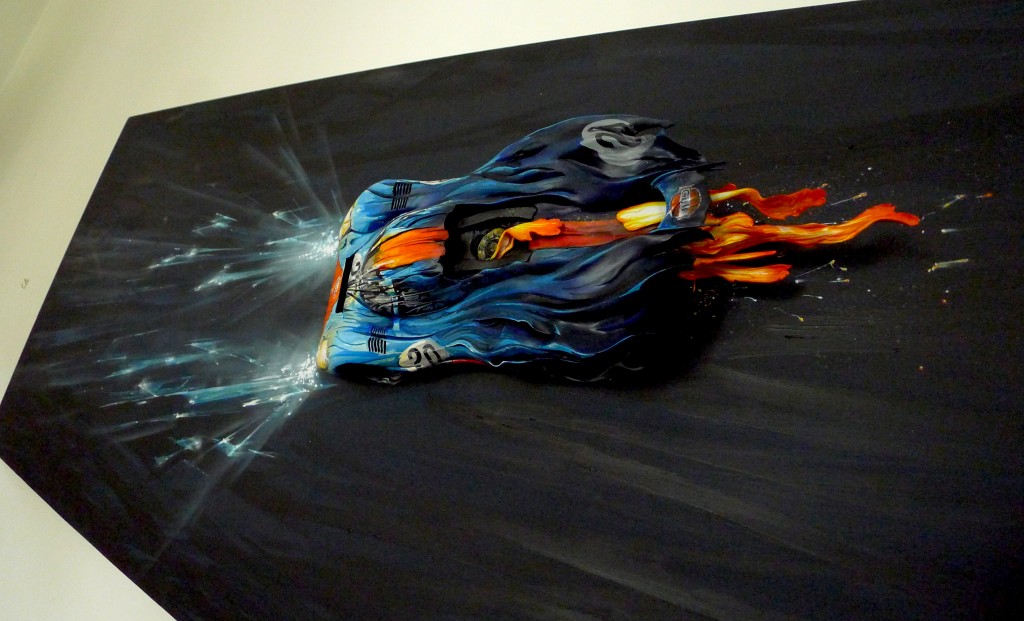 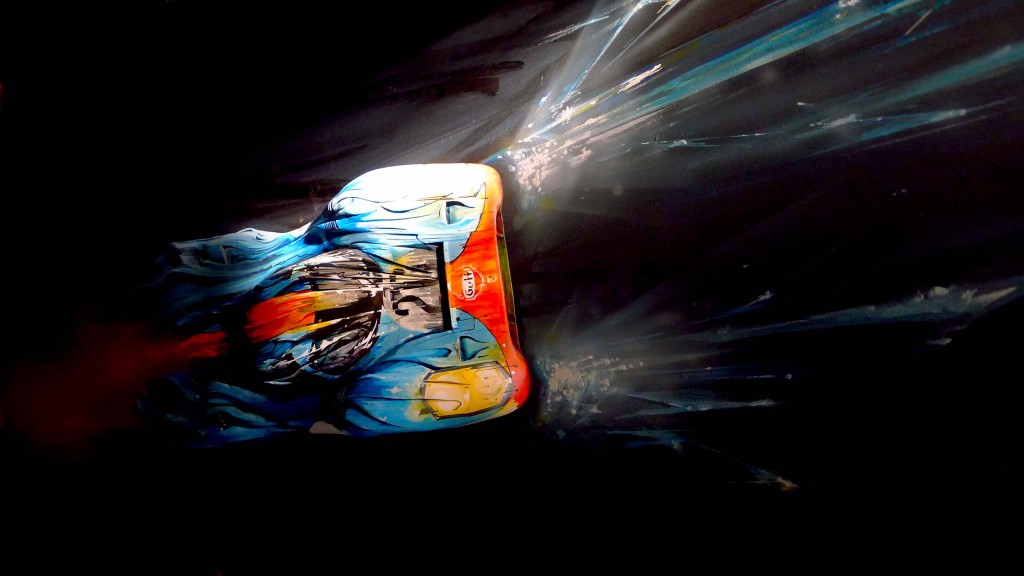 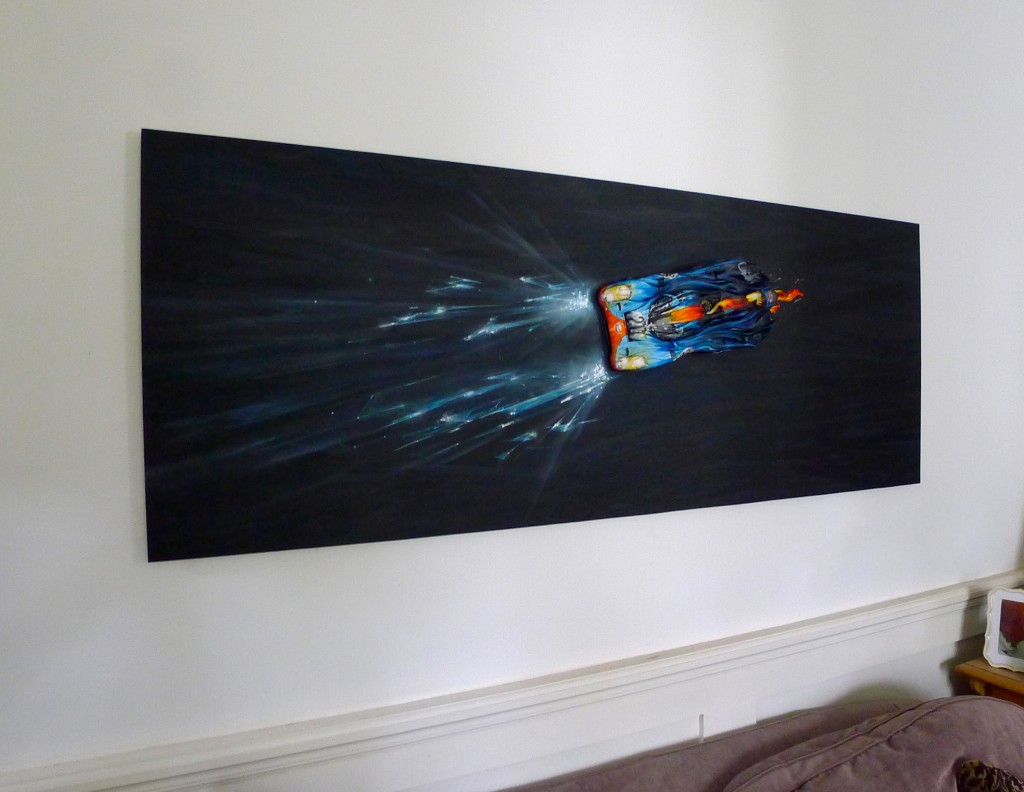 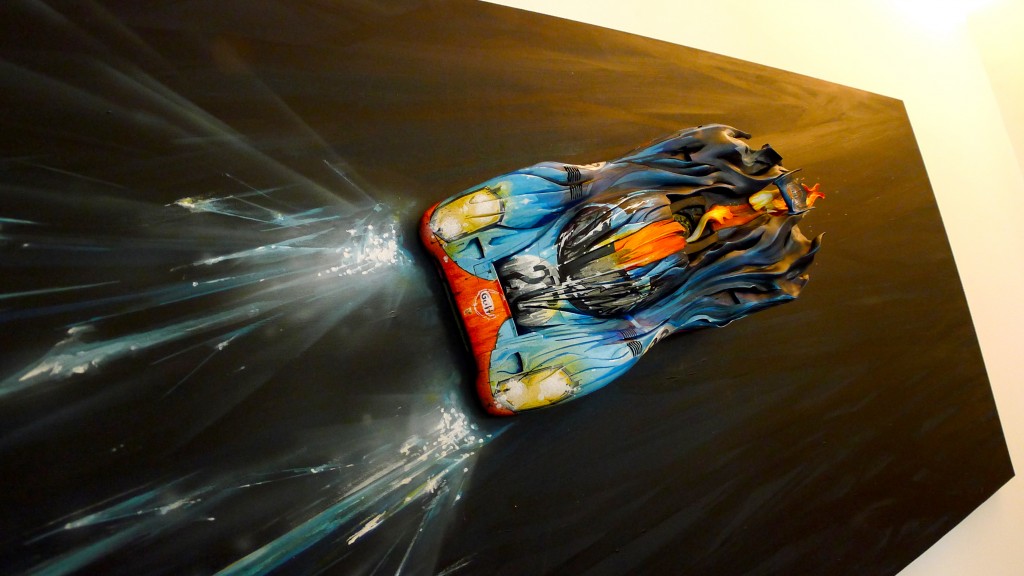 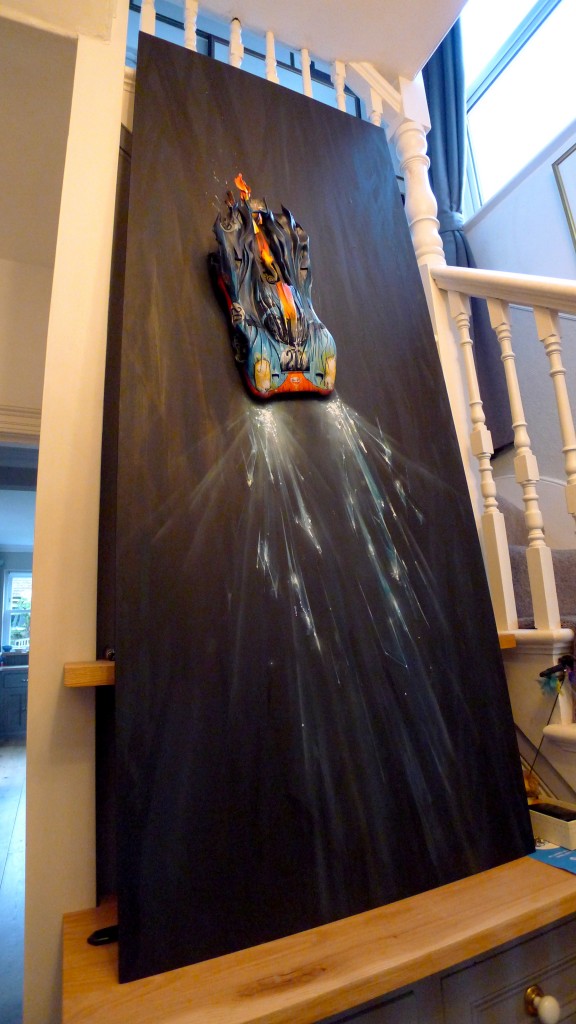 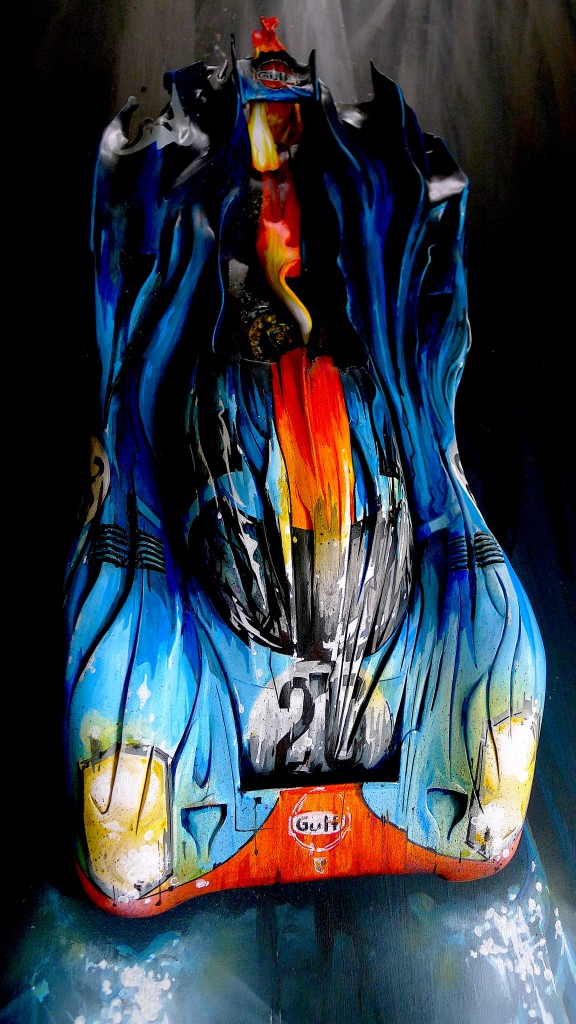 As with all the latest wall mounted sculptures finding an interesting story to include within the art is always going to make it much more interesting. This car, number 20 is about as famous as a car can get. Used in the Steve McQueen LeMans film back in the day, it’s been photographed, painted and over the years has become about the most popular Porsche on the planet.

Discovering the real story of the car when it raced at LeMans just before being used in the film is much more interesting. Said car was one of three GULF Porsche’s entered into the race. The two other GULF cars fell out of the race earlier and the main competition of the Ferrari’s also withdrew with problems as well. So car number 20 had a clear view of the winning line. At 2AM, halfway through the race with a ten lap lead the then driver, Jo Siffert missed a gear on the Mulsanne straight at around 225mph… and blew the engine to smithereens! That’s the exact moment that has been captured within this sculpture.