“The traditional preconception relating to automotive art is it’s nerdish in its content, too documentary in style and lacking both visual and emotional appeal”. Brett Fraser, 2010.

Why on earth would you start a descriptive piece of copy to explain what you are about to view with such a quote? Put simply because the art contained within this site falls into none of the descriptions mentioned above. If it did, Terence would stop creating the art displayed here straight away. Firstly, the majority of the work created is sculptural. Secondly, a large section of the new sculptures are wall mounted and like most of the new work on this site,  coveys huge amounts of emotional and visual appeal. The exact opposite to the above quote. It’s unique. No other artist who uses the automotive subject as a base to their art does what Terence does.

Learned how to sharpen a pencil properly at the London College of Printing and the Royal College of Art. Spent far too long in advertising working in some of London’s best (and worst) ad agencies as an Art Director and later as a Creative Director, persuading people to buy stuff they didn’t really need! Created the Speed Freaks brand back in 2001. Killed it off in 2011 due to all sorts of reasons. Have been concentrating on the larger editions and images which you will find on this site since 2007.  Exhibited at the Royal Academy, The Mall galleries. Numerous smaller private galleries. Retromobile in Paris, and have been a part of the Goodwood Festival of Speed and the Revival for the past fifteen years or so. Always looking for new ways to let the public see the editions, so if you are a gallery, university or school please make contact. 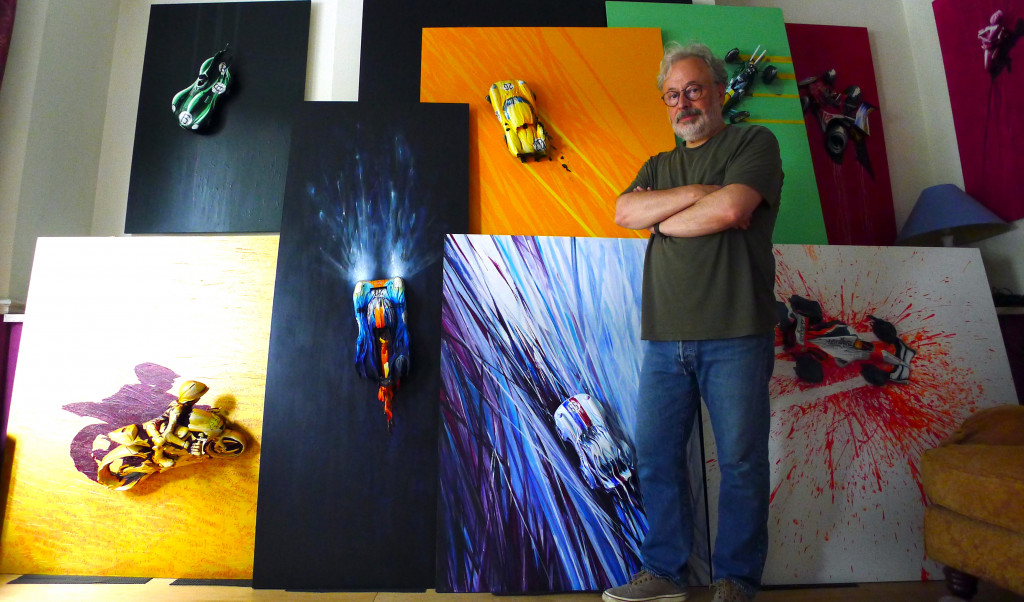