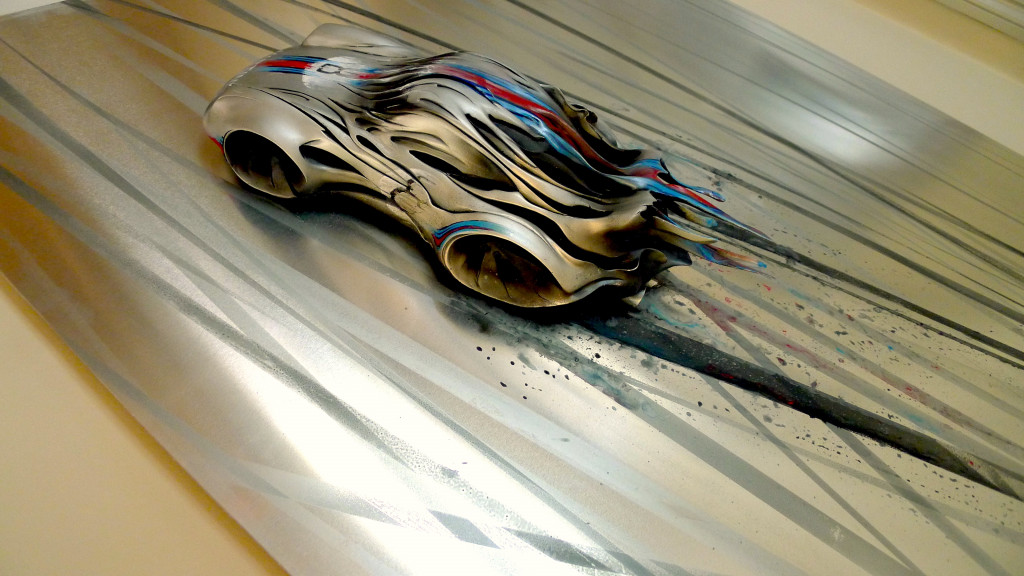 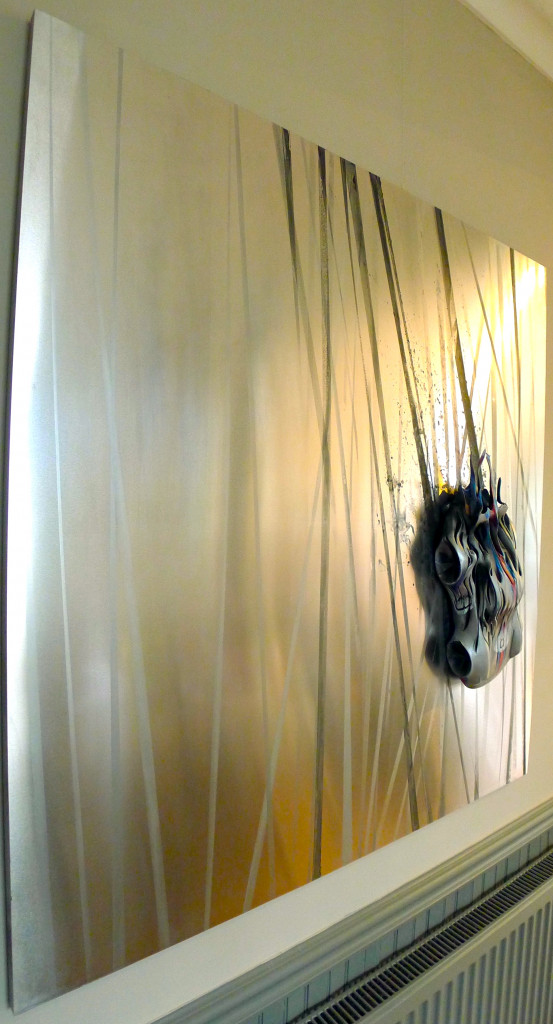 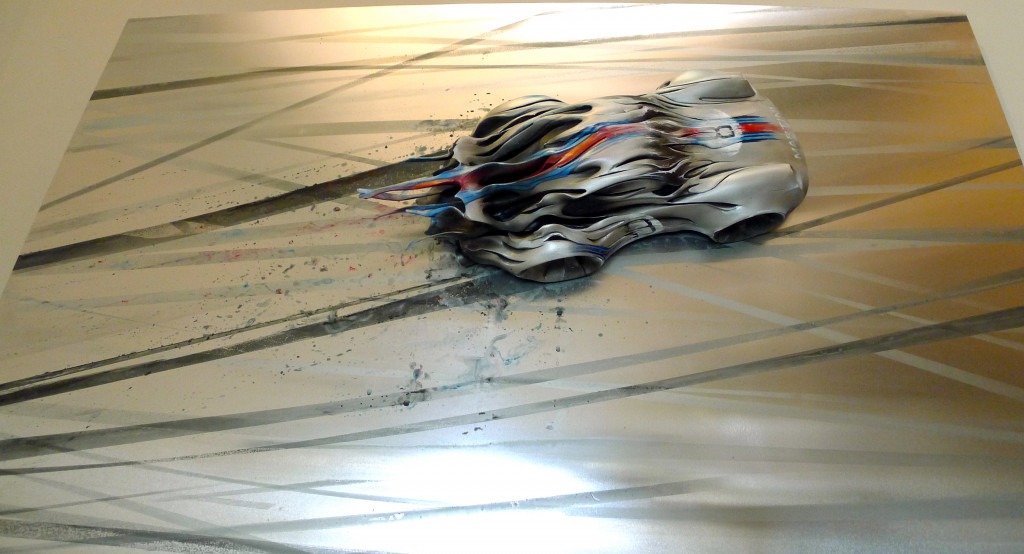 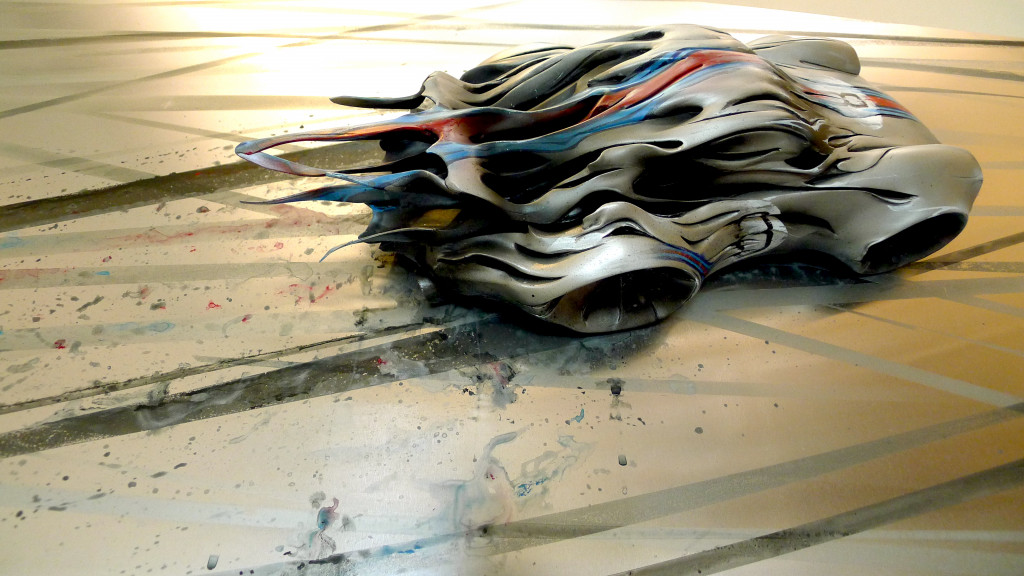 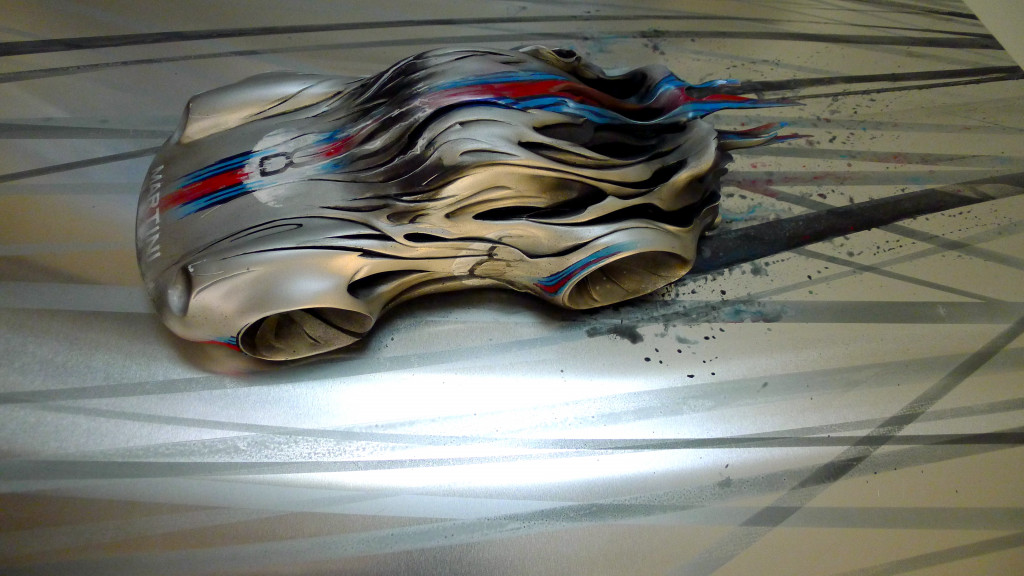 Casting number 3/6. Not creating an early RSR without a hint of the Martini colours would be a crime. This washed Martini edition now covers that era in the early Porche 911 Martini partnership. Martini’s livery has appeared on many 911’s and choosing one above the others was very difficult, so this Martin concept has been created. Not exactly like any one single car, it’s a generic version, with the Martini colours being washed over the car at high speed , reflecting the movement and speed contained within the sculpture. A further element making this edition unique is a sheet of polished Aluminium. Making it very special.