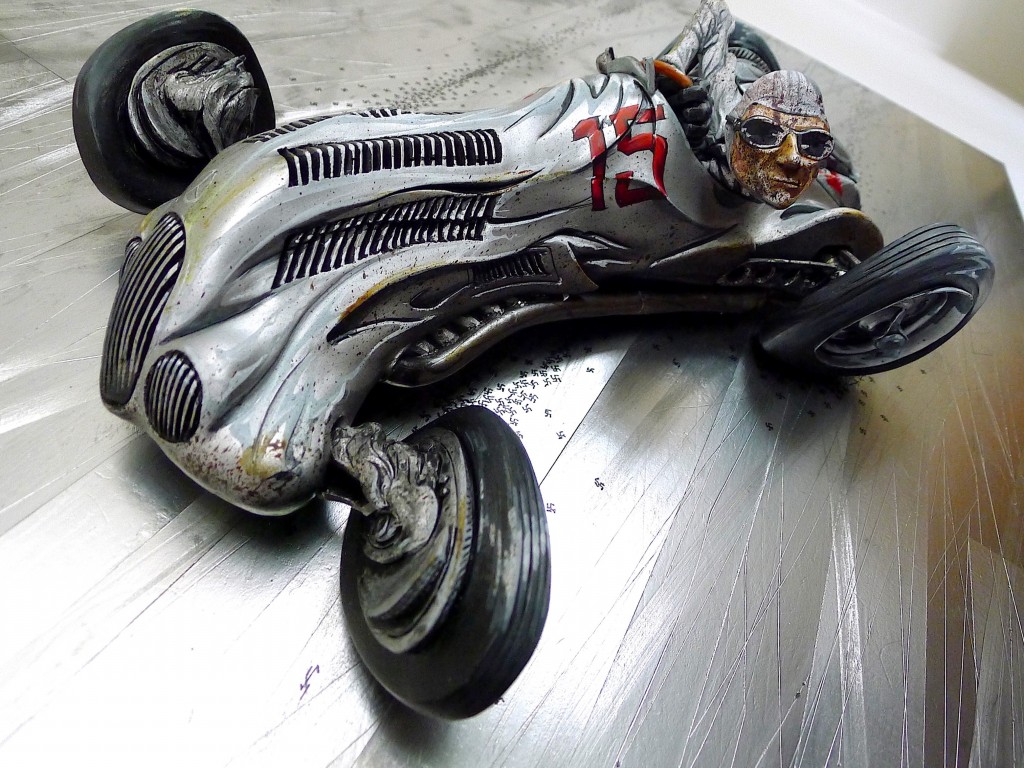 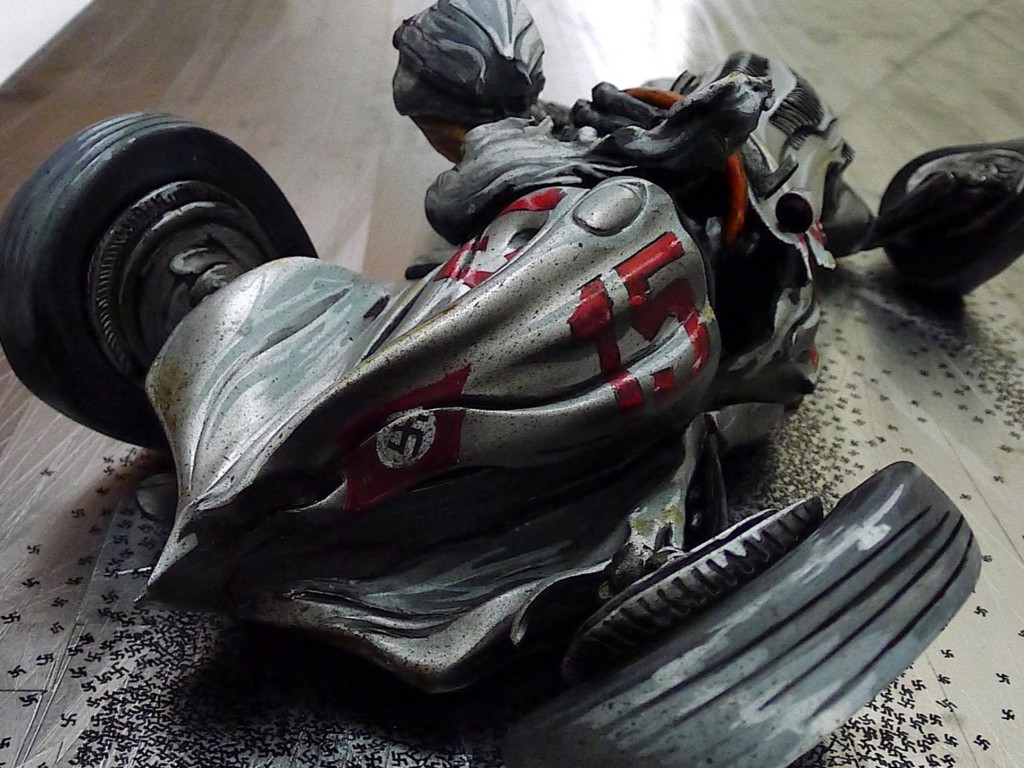 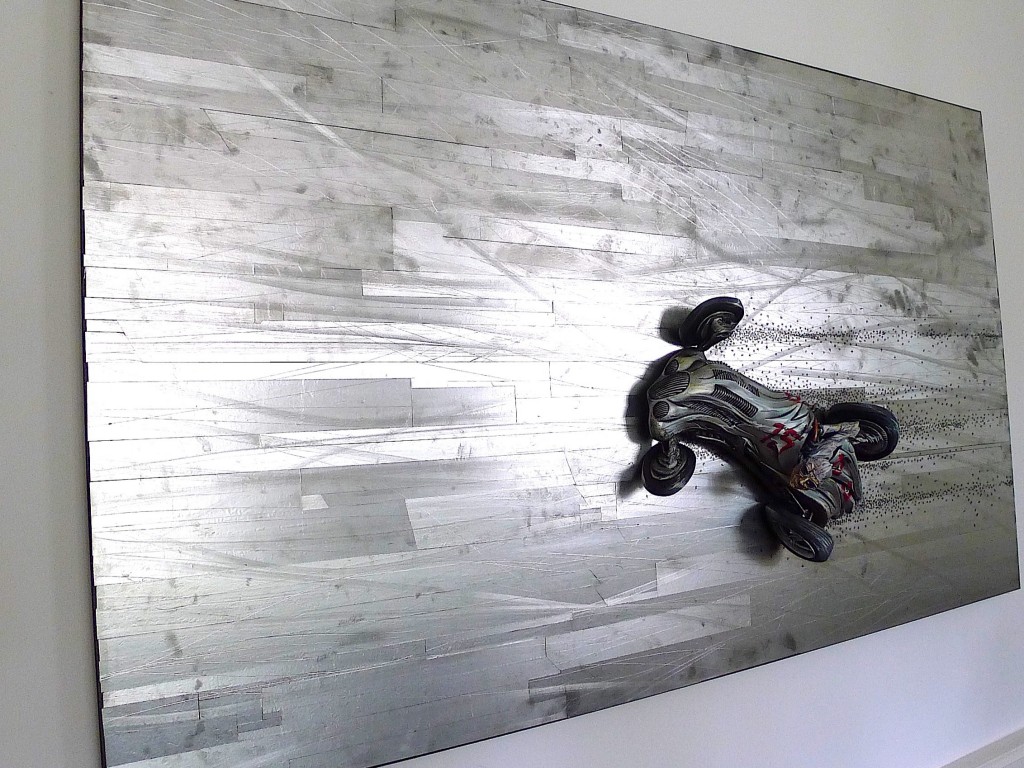 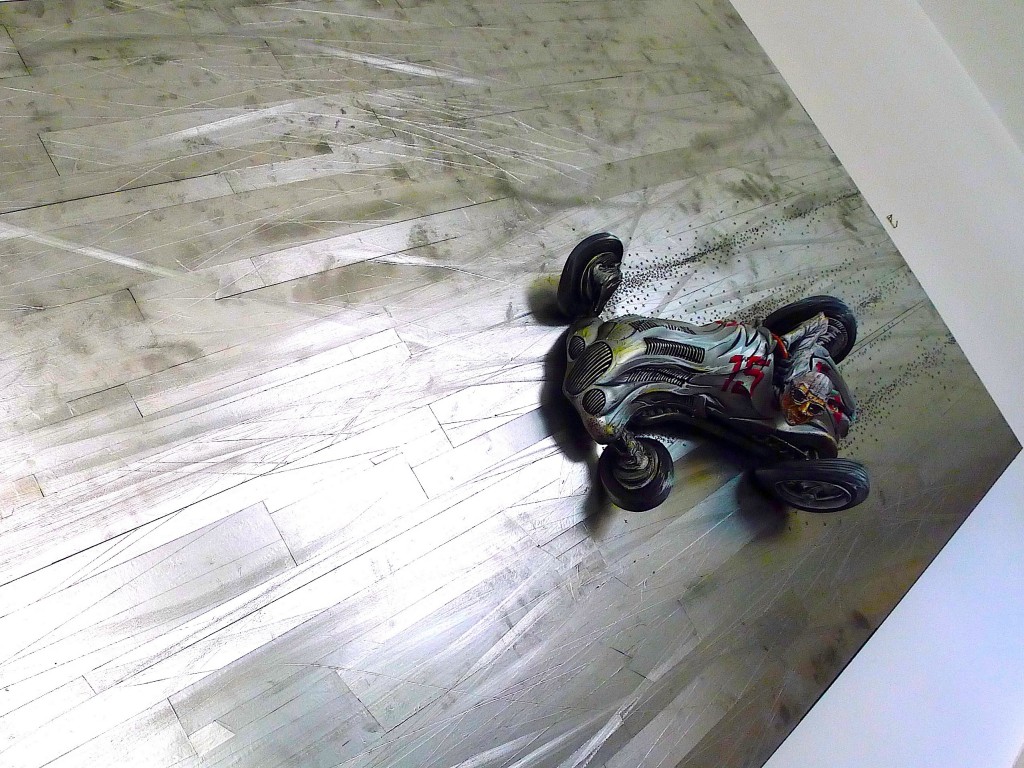 History relating to racing cars is normally celebrated in all its glory. Brave drivers risking all in wonderfully designed prototypes. Very rarely do dark secrets come to the surface. After all who wants to be challenged? Who needs art that makes you go…WHAT????? That’s exactly why this Mercedes sculpture has been created. To challenge you. To make you think!

Back in the golden area of the ‘silver arrows’ a dark secret was taking place, it wasn’t dark at the time, it was what we now call sponsorship! Spend as much money as you need to win! Only just before WW2, said sponsor of Auto Union and Mercedes were the Third Reich! And with not knowing what was just around the corner, there was nothing wrong with a bit of government support! Nowadays it’s a Petronas logo painted on the side of the car, back in 1937 it was the Nazi party symbol.

Edition number one is now sold.